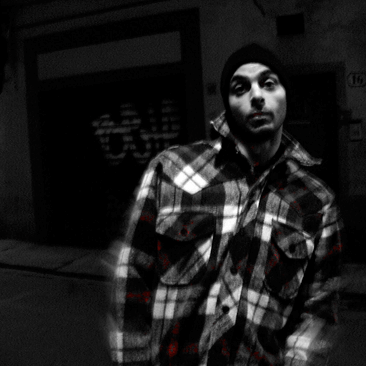 Cristiano Crisci AKA Digi G’Alessio began his musical adventures in 2000 as the MC of 3Ck Crew, then got into saxophone and started playing live shows at small local jazz clubs with the Trio Cane band.

In 2004 he initiated the « A Smile For Timbuktu » project, which combined music, graphic design, installations and performances. Immediately active in the European and international scene, the Tuscan trio (composed of Cristiano, Simone Brillarelli and the graphic designer Jonathan Calugi) released their first project (the Manuele Atzeni EP) in 2005 on London’s Audio Aubergine imprint. Collaborations and live acts continued to fly in from all over Europe as enthusiasm for their their multi-art productions grew.

Redoubling his energy again, Cristiano decided to move on with a solo project as Digi G’alessio in 2008 —a necessary step in allowing his super creativity roam free. Within 2 years he released no less than 8 albums on 8 different labels —a true « spread love » message! Plynt Records is now happy to be part of the family too, and invites you to get into Digi’s colourful world, from whence this Yellow Book emerged.