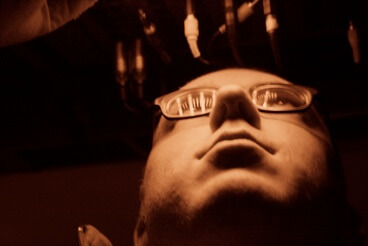 Slemper is Maarten Meussen (1979), a Dutch producer of electronic music.

Between past and present, goove and rithmical freakery, Slemper is grabbing sounds and influences from wherever they can be found and putting them all on a new, chopped up framework. Well groomed tunes with some unexpected bursts of static that attempt to take the listener to someplace different.

Slemper has had tracks on compilations of underscan, eat this, unrezt, onrecords, cactusisland and prospectrecords, and in 2006 his debut album ‘Mismatch’ was released on the Brussels-based Aeclectrick records. ‘Mismatch’ is a clash of styles and influences, ranging from hiphop and broken beats to bleepy electronica and ambient soundscapes, often with contrasting electronic and organic elements.

Even though the album is most suitable for enjoyment in your comfy chair or garden, the liveshows are usually something different, adding more beats and attitude to existing tracks, and some extra electro- and drumnbass-influenced bangers. In his Live shows Slemper often collaborates with VJ Elias Splinter, who is also active in the group Sobchek.