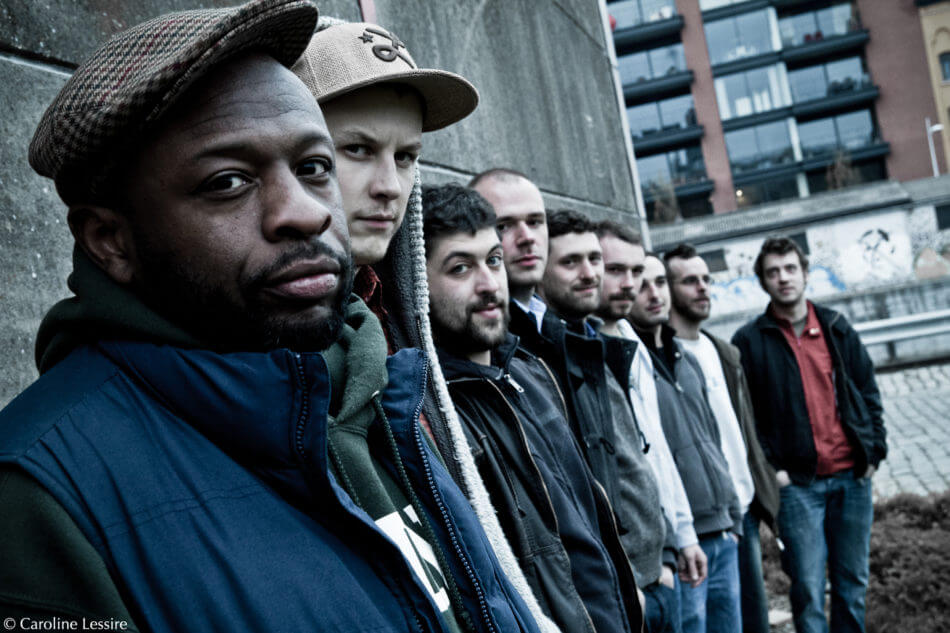 The 9 members of the group are coming back with four titles; four new compositions which can be said to be right out of the blast furnace… Those of Charleroi, indeed, but also those which gave birth to tracks full of bubbling energy, both instrumental and lyric.

For their hip-hop groove has lost nothing of its original ardour, still nimble to flee from the genre’s clichés.

However, the sound is harder. As an Oliver Twist mixing genres, it usurps dubstep’s toys, encroaches on rap’s territory and pushes rock at the back to make it fall from the crutches it has leisurely been resting on…

Well, they go their own way and we just love it!

And because they really like the essence of the plate, the release will be exclusively delivered on vinyl, together with its standard digital version.